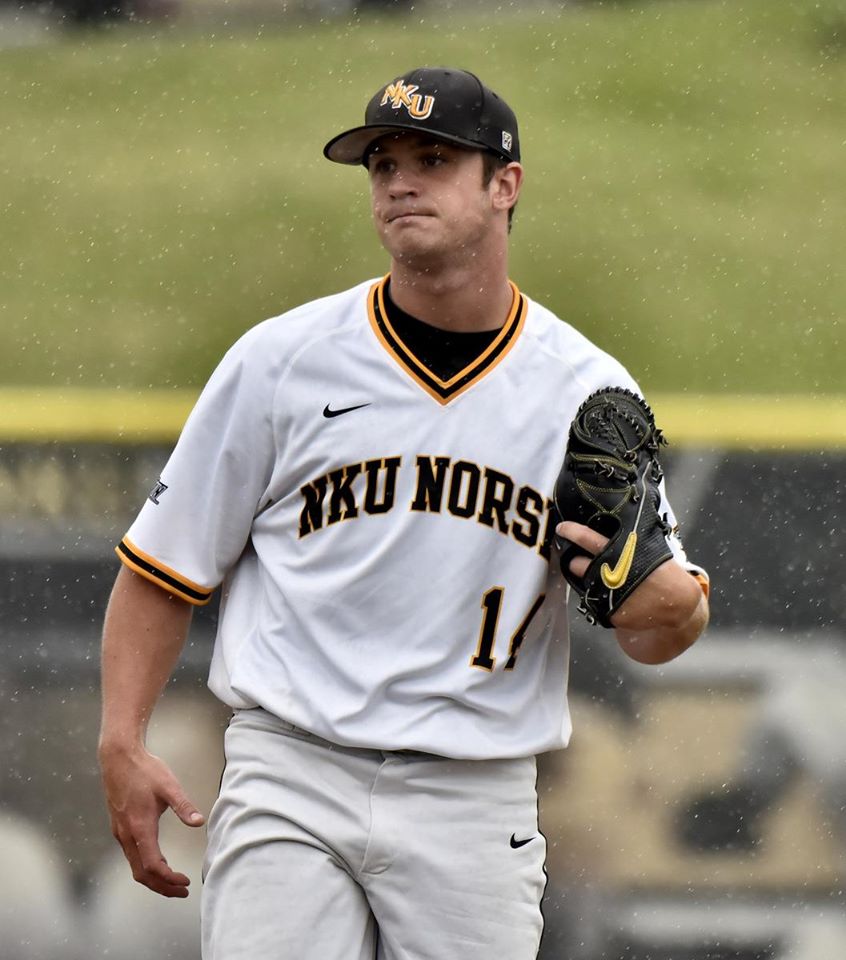 Northern Kentucky University star Jake Shaw delivered as advertised.  The RHP brought in to bolster the Royals staff for their 2015 & 2016 National runs dealt his 90’s fastball for 7 strong, limiting the Ironmen offense to 1 run on 4 hits – striking out 6.  Shaw cruised through the first four innings up 3-0 thanks to a 1st inning that saw the Royals score 3 off Ironmen ace JF Neveau.  The Ironmen bats came to life in the 5th putting men on first and third with no outs but the young righty dug down, gave up the single knock and worked out of the jam to preserve a Royals 3-1 lead.   In the top of the 7th the Royals put the game out of reach with a long 3 run homer to right by clean up hitter Jody Peterson.  Peterson went 2 for 3 adding a double off the left field wall.

The team, now 7-1 is back home for another Friday Night Lights battle with the Ironmen at 7:30.

See you on the hill