Thursday night in Chatham, NB the New Brunswick Senior Baseball Leagues All- Time “K King” will make his much anticipated return to the Royal blue.  With rain washing out the Royals first two games Wilson, who holds multiple senior baseball records will draw the start in what will be the Royals season opener against the 1-1 Ironmen. 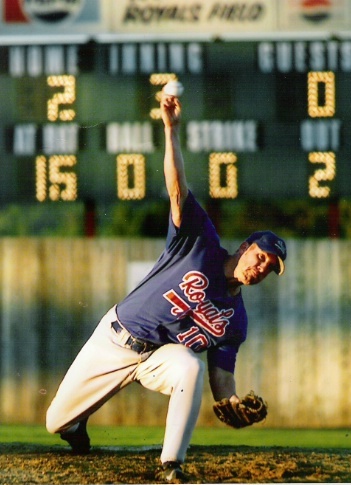 s 1113 career K’s on his pitching line – and is the only player in league history to break the 1000 K mark will look to ad to that number Thursday night.

When deciding who would pitch Thursday night on the Mirimichi – in what is also the return of Matt Stairs to the Royal line up the Royals coaching staff admitted it was an easy decision.  Coach Lint had this to say.

“Anytime time you change teams the 1st game against your former team is always the one you mark off on the schedule. Derek is a gamer and a competitor and I knew he would be looking forward to this game. He’s going to play against them and he’s going to pitch against them – so why not get it all out of the way the 1st time we see them. The crowd in Chatham is always excitable and there’s a great atmosphere in the park when we play there. Derek feeds off this kind of atmosphere so this is the perfect way for him to make his Royals debut. ”

Its a big season for the Royals with a trip to Nationals in late August and another solid summer from proven leader and winner Derek Wilson will go a long way in accomplishing the goal of Gold in the fall.   It all starts Thursday in Chatham, with Wilson on the mound, back in blue.